One day I came home and noticed that a red, leather armchair was sitting in the shared covered space between the barn I was living in and my next door neighbour’s barn.

I had no idea when it was put there or who put it there. As I stood there looking at it I felt the biggest urge to write from the chair’s perspective. It was worn down, scuffed and seemingly abandoned.

After I’d written the poem, I put a note on the chair asking if it was intended to be thrown away, and if so, could I have it. I felt a bizarre affinity with the chair and just couldn’t bear the idea that it was going to be gotten rid of. After a week or so no one had responded to my note. I asked around and eventually someone said, it’s intended to be thrown away but they didn’t know who it belonged to. In the end, I put the word out I was taking it in and if anyone wanted it back, just to ask. Well, no one did ask!

I love furniture that has a story or that I feel I can forge an emotional connection with. The older the better! I just can’t help but wonder what the person that used the item was/is like. How was the furniture treated? What has the piece of furniture ‘witnessed’? This may sound a little odd to some, but hey, it’s fantastic fodder for writing! 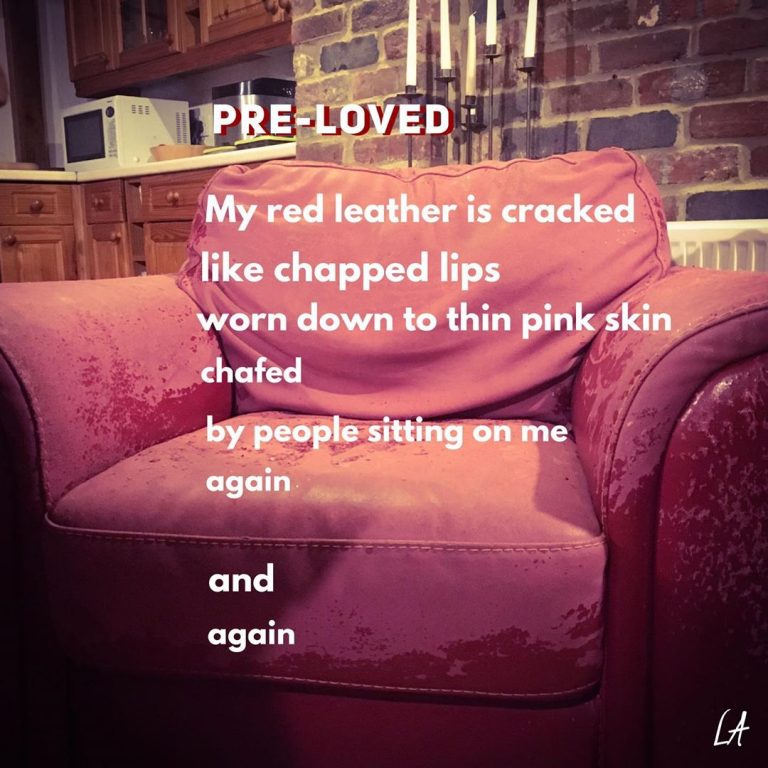 Recent Photos of the week